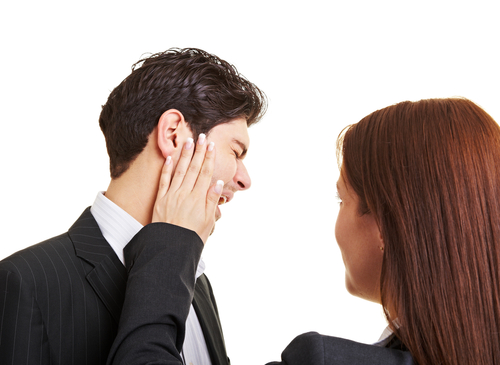 What is a battery?

A battery in Florida occurs when a person actually and intentionally touches another person against the will of the other; or intentionally causes bodily harm.

What are the penalties for committing a battery in Florida?

In Florida, criminal battery is broken up into the following categories, each with separate corresponding penalties:

The category of battery that is ultimately charged will depend on several factors.  These factors include, but are not limited to, the following:  the age of the victim (ex: victim 65 yrs. or older = felony), the occupation of the victim (ex:  victim law enforcement officer = felony), the nature of the relationship between the accused and the victim (victim is spouse = domestic violence battery), and whether the accused has been previously convicted of battery (if defendant has previous conviction for battery, then the second may be charged as felony battery).  The maximum penalties for battery will also differ depending on which specific category of battery is charged.

A conviction of guilt for Misdemeanor Battery is punishable by any combination of the following:

A conviction of guilt for Domestic Violence Battery is similar to Misdemeanor Battery (above) but often involves mandatory minimum conditions.  For example, if the person is adjudicated guilty and the person intentionally caused bodily harm to another person, the court shall order a minimum of 5 days in the county jail.  Also, probation must be imposed for a minimum of one year and will require the defendant to attend a batterer’s intervention program unless the court makes a finding on the record that such program is inappropriate.  A conviction for Domestic Violence Battery can also result in additional indirect consequences.  A person convicted of a domestic violence offense cannot have their criminal history subsequently sealed.  A plea to a domestic violence charge may also disqualify a person’s right to purchase firearms.

The maximum penalties for Felony Battery and for Aggravated Battery increase substantially and involve several years in prison as well as thousands of dollars in fines.

What types of relationships would qualify for a battery to be charged as Domestic Violence Battery?

Whether a crime is charged as Misdemeanor Battery or Domestic Violence Battery will depend on whether a relationship exists between the accused and the victim.  A battery may be charged as Domestic Violence Battery if the accused and the victim are related as any of the following:  spouses, former spouses, persons related by blood or marriage, persons who are presently residing together as if a family or who have resided together in the past as if a family, and persons who are parents of a child in common regardless of whether they have been married. With the exception of persons who have a child in common, the family or household members must be currently residing or have in the past resided together in the same single dwelling unit.

If you have been accused of Battery in the State of Florida and would like to Contact a Domestic violence Battery Defense Attorney, please call 239-775-1004.  Consultations are absolutely free and completely confidential.

The Law Offices of Verderamo Nunez are committed to providing legal representation primarily in the fields of criminal law and personal injury law.  While our offices are situated in Naples and Ft. Myers, Florida, we proudly represent clients throughout Collier and Lee Counties and their surrounding areas, including, but not limited to, Naples, Fort Myers, Bonita Springs, Estero, Cape Coral, Golden Gate, Immokalee, Lehigh, and Marco Island. The Law Office of Verderamo & Nunez is located at 2662 Airport Pulling Rd S Naples, FL 34112.  For more information, call (239) 775-1004.