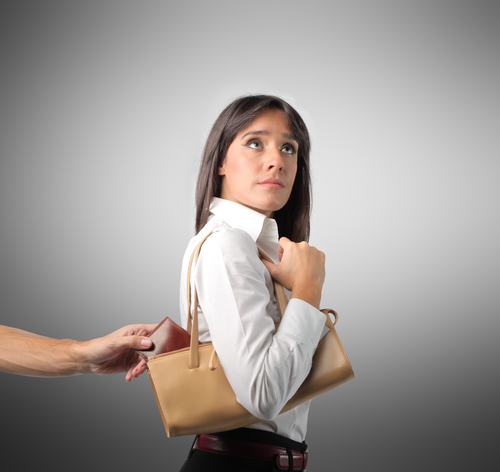 Have you been arrested for Shoplifting or a Theft-related offense?

Theft and theft-related crimes carry significant consequences.  In addition to jail, probation, and potential driver license suspension, a theft conviction or arrest may also limit your ability to find certain types of employment or apply for various professional certifications and licenses.  There are many different types of theft offenses in Florida, below are just a few of the most common types of theft.

What is a Theft?

According to Florida law, a person commits theft if he or she knowingly obtains or uses, or endeavors to obtain or to use, the property of another with intent to, either temporarily or permanently:

A)   Deprive the other person of a right to the property or a benefit from the property; or

What is Petit Theft?

Petit theft is simply theft of property valued at less than $300.  Petit theft is sometimes also referred to as “shoplifting” if it involves the taking of merchandise.

What are the penalties for Petit Theft?

The penalties for theft depend on the value of the stolen goods and the number of prior theft-related offenses.  If you are convicted of Petit Theft your driver’s license may be suspended for six (6) months upon a first conviction and for one (1) year for each subsequent conviction.  In addition you may face the following penalties:

If the value of the stolen goods is valued at less than $100, the theft is considered a Petit Theft of the Second Degree, punishable by any combination of the following penalties:

If the value of the stolen goods is valued at $100 or more, but less than $300, or if the person has a previous conviction for a theft offense, the theft is considered a Petit Theft of the First Degree, punishable by any combination of the following penalties:

What is Grand Theft?

Grand Theft involves the unlawful taking of property worth more than $300 or if the person has been previously convicted of two or more theft offenses.

Grand Theft of the Third Degree is committed if the the property taken:

What Penalties Will I Face for Grand Theft?

What is the Crime of Dealing in Stolen Property?

Dealing in Stolen Property is defined in Section 812.019, Florida Statutes, as follows:

1. Any person who traffics in, or endeavors to traffic in, property that he or she knows or should know was stolen shall be guilty of a felony of the second degree.

2. Any person who initiates, organizes, plans, finances, directs, manages or supervises the theft of property and traffics in such stolen property shall be guilty of a felony of the first degree

What Penalties Will I Face for Dealing in Stolen Property?

Can a theft charge or shoplifting ever be sealed or expunged?

A theft charge may be sealed or expunged assuming you have never been previously convicted of a criminal charge and did not receive an adjudication of guilt on the current theft charge.

How can a theft conviction be used against me in future cases?

A witness that chooses to testify is sometimes subject to impeachment with prior felonies or crimes of dishonesty. This means that your credibility may be attacked should you ever choose to testify in a legal proceeding.

If you have been accused of Shoplifting or a Theft-related offense in the State of Florida and would like to Contact a Naples Theft Attorney, please call 239-775-1004.  Consultations are absolutely FREE and completely confidential.

The Law Offices of Verderamo & Nunez are committed to providing legal representation primarily in the fields of criminal law and personal injury law.  While our offices are situated in Naples and Ft. Myers, Florida, we proudly represent clients throughout Collier and Lee Counties and their surrounding areas, including, but not limited to, Naples, Fort Myers, Bonita Springs, Estero, Cape Coral, Golden Gate, Immokalee, Lehigh, and Marco Island. The Law Office of Verderamo & Nunez is located at 2662 Airport Pulling Rd S Naples, FL 34112.  For more information, call (239) 775-1004.